Prior to his current employment with INFIRE Forensic, Jon was a Fire Service Officer for thirty-one years with Avon Fire and Rescue Service.

He has appeared to give evidence in Coroners and Criminal Courts on numerous occasions and has advised on case reviews for both prosecution and defence, (Criminal) and claimant & defence (civil).

Jon is a member of United Kingdom Association of Fire Investigators (UK-AFI).

As a Specialist Fire Investigator he has carried out more than 250 fire scene examinations which have included major commercial losses, domestic properties, private and commercial motor vehicles and numerous fire death enquiries. 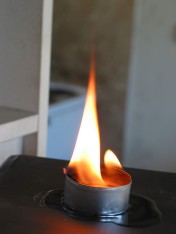 To enable our clients to be aware of their expenditure and assist them in deciding if their losses are worth pursuing, we are happy to negotiate either a fixed fee or an hourly rate, whichever suits.

Most investigations can be completed within 10 hours and would include a site visit, some research, photographs and a comprehensive report.

For larger incidents that may reuire a lengthy investigation or more than one investigator, a contract can be provided and agreed. This may include any overnight hotel expenses and flight costs if required. These can be negotiated and agreed at the time the instructions are given and will require a deposit.

Our fees are not subject to VAT